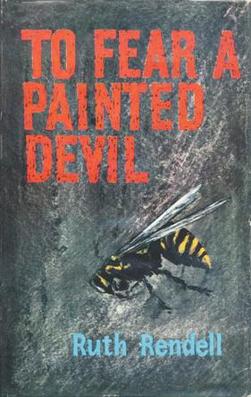 Rendell eschews morbid psychology and her flair for the sinister (except for the suicide in the final chapter) for small-town snobbery and jealousy. Her gift for characterisation is most evident in the portrayal of a loveless marriage and adultery which damages the innocent party, but many characters are rather stock – the gushing and irritatingly coy Nancy is rather like one of Christianna Brand’s young women. As for the problem, the death of the unpopular Patrick Selby is suspected to be murder but isn’t proved, so the police aren’t involved. What detection there is is done rather reluctantly by an Austrian doctor, who tries to discover whether murder was done, and if so, how. By a nasty murder method which recalls Sayers.

An atmospheric English suburban-colony murder, slow to get going, but effective in solution, with a gentle refugee doctor as unwilling unraveller.