Of a rare species is the detective fan who will not hasten to the nearest book store when he hears that there is more Dr. Thorndyke in the offing.  For this distinguished medico-legal expert has proved himself so charming a personality and such a consistently able sleuth that to miss any of his cases is to deny oneself the choicest items on the mystery story menu.

This book is made up of eight episodes in the career of the famous doctor.  One is the story of a corpse found on a lonely beach.  Another solves an involved cipher by the most simple and obvious methods.  A third deals with the suspicious death of a woman in a railway coach.  All the stories are excellent examples of Dr. Thorndyke at his best . his solutions of the various problems reveal him again in the role of a skilful observer, and a relentless pursuer of the criminal, who, in each case, is brought to the inevitable retribution he has provoked.  When S.S. Van Dine spoke of Dr. Thorndyke as “the most convincing and competent of all scientific literary detectives,” he described accurately the genial and amazingly interesting figure who holds the centre of the stage in the present volume.

The Man with the Nailed Shoes

The Sergeant’s Sketch [of Footprints]; Plan of St. Bridget’s Bay

Dr. Jervis is acting as a junior in the seaside village of Little Sundersley, while Dr. Thorndyke (not yet his employer) is his guest, and so is on hand to look into the footprints of the man with the nailed shoes the murderer left on the beach, and so expose a forgery and frame-up in order to prevent a miscarriage of justice. 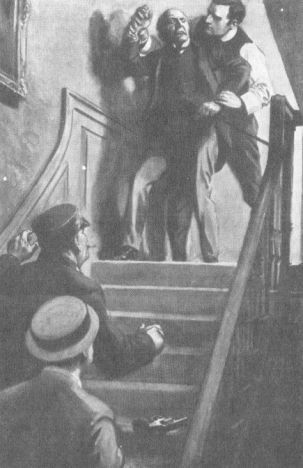 The fluff from the key barrel (of which a slide is given), footprints, and tyre tracks are the clues that put Thorndyke onto the trail of SPOILER (highlight to read) the wicked uncle who kidnapped his nephew, rather than more sensibly murdering him.  Pleasant enough, but not outstanding.

The Anthropologist at Large 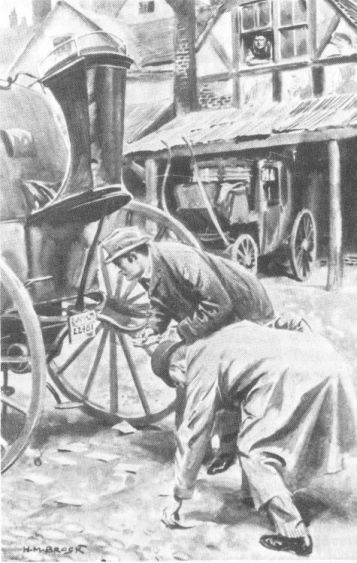 From scientific analysis of the hat found at the scene of the crime, Thorndyke is able to build up a profile (hairs, dust, cephalic index—racial characteristics) of the man who burgled Isaac Löwe’s house. 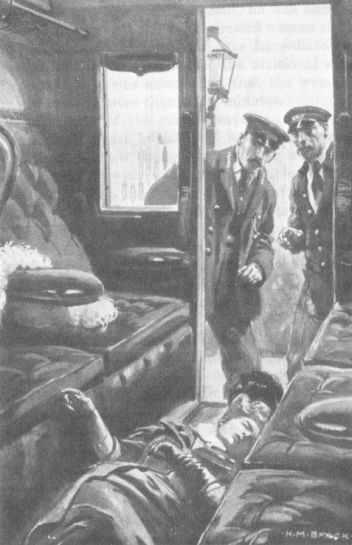 The blue sequin is the crucial clue that allows Dr. Thorndyke to prove the young man innocent of murdering his former mistress on the trail.  Solution anti-climactic. 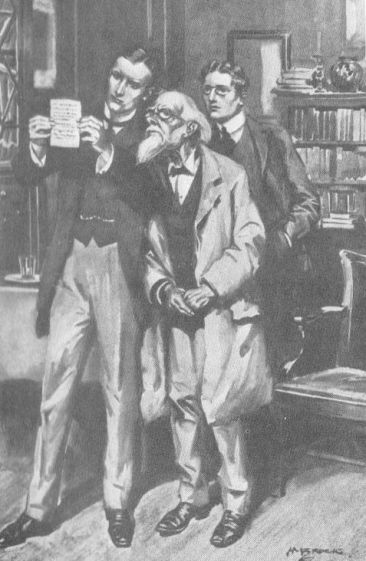 The Professor’s Analysis [of Cryptogram]

A tale that is fast-moving and full of interest—until the end, when the reader realises that he has been unfairly hoodwinked, and will, like Professor P., “regard… the inscription with profound disfavour”.  Noteworthy for one of the worst metaphors in detective fiction: “Don’t attempt to suck my brain when you have an excellent brain of your own to suck.”  Yuck!

Despite some vulgarity unusual for Freeman, this is an ingenious plot with some similarities to Bailey’s “Only Son,” involving the death of a neurotic young man who purchased a pearl whose previous owners all apparently committed suicide.  Too few suspects for adequate mystification, though.

One of the few soberly handled locked-room murders, without Carr or Chesterton’s romantic trappings.  The investigation is typically detailed, and the method, similar to those Carr used in The Peacock Feather Murders and The Judas Window, is neat and efficient.

A Message from the Deep Sea

Almost pure Thorndykean analysis, and typically excellent at that: the foraminifera on the victim’s pillow and an examination of the hair roots enable Dr. Thorndyke to prove the young woman innocent of murdering her mother’s lodger.  Pleasingly free from anti-Semitism.

Mr. Freeman believes in stunning the reader with a brilliant explanation near the end of each story; knocking him over with a finger-print, as it were.  We rise to ask, why shouldn’t he?

Our conviction that the proper place for the fiction detective is in the short story field has been confirmed by reading Dr. Thorndyke’s Cases.  Here are eight cases in which the well-known medico-legal expert distinguishes himself, and which plenty of writers would have strung out into as many volumes.  Each one is complete, and with the addition of a few more clues, another suspect or two, a love story and the inevitable padding, could have been strung out to book length.  We recommend them to detective story readers and writers for entertainment and instruction, respectively.